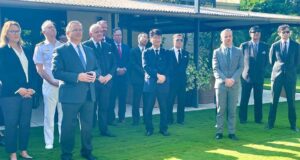 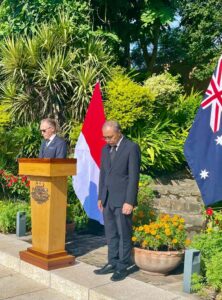 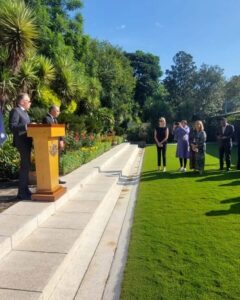 The memorial paid tribute to the courage and resilience of those affected by the attacks of 12 October 2002, which killed 202 innocent people, including 88 Australians and 38 Indonesians, and wounded hundreds more.

Speaking at the commemorative ceremony today, Australian High Commissioner Neil Hawkins highlighted the subsequent close cooperation between Australia and Indonesia and emphasized the commitment of both countries to countering terrorism and violent extremism.

“The shared grief of the Australian and Indonesian peoples gave rise to a shared resolve: Australia and Indonesia have worked together to strengthen regional responses to the threat of terrorism and violent extremism.” Mr. Hawkins said.

“Two-decade remembrance of tragedy in Bali is a valuable opportunity to renew and reiterate our collective commitment to strengthen the voice of moderation, tolerance and respect for cultural diversity”, added Mr. Tugio.

The ceremony was attended by representatives from across the diplomatic community, including other nations that lost citizens in the bombings.

In addition to the ceremony in Islamabad, the occasion was marked with commemorative events in Australia and Indonesia, including local communities in Bali.