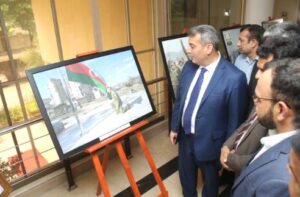 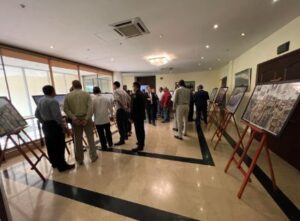 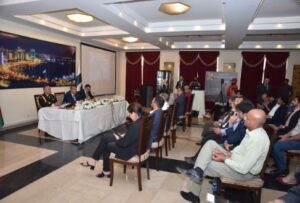 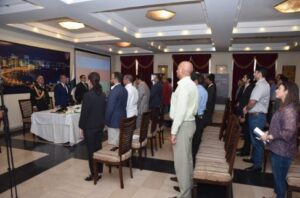 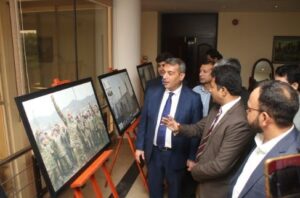 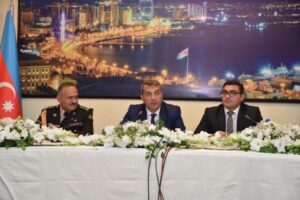 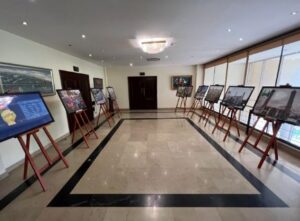 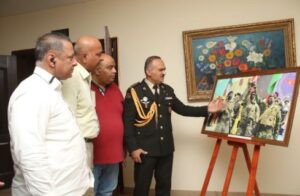 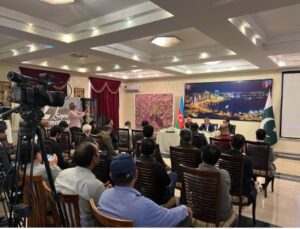 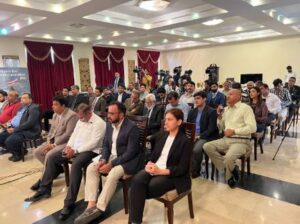 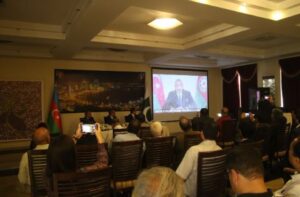 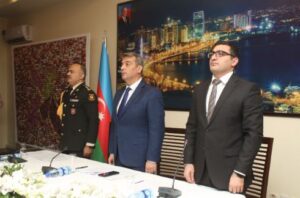 First of all I would like to extend my sincere gratitude to You for participating in our press conference on “September 27 – Commemoration Day”. As you all well aware, Armenia kept Azerbaijan’s territories under occupation illegally for almost 30 years. During these years, Armenia always committed provocations against Azerbaijan.

2 years back, on 27 September 2020, a counter-offensive was launched in response to Armenia’s yet another large-scale military attack on Azerbaijani Army positions and civilian settlements. The counter-offensive later became known as Operation Iron Fist that led to the Patriotic War. At the end of the 44-day Patriotic War, under the leadership of the Supreme Commander-in-Chief of the Azerbaijani Armed Forces, President IlhamAliyev, our army liberated Azerbaijan’s territories from Armenian occupation and Armenia was forced to sign an act of capitulation, thus acknowledging Azerbaijan’s historic victory.

As a sign of deep respect for Azerbaijani soldiers and officers, all the martyrs, who fought heroically in the Patriotic War, waved the Azerbaijani flag in the liberated lands and sacrificed their lives for the territorial integrity of Azerbaijan, September 27 is marked as Commemoration Day in Azerbaijan every year.

I would like to draw your attention that out of 67 mosques in the territories which were under Armenian occupation, 65 have been razed to the ground and the remaining 2 have been severely damaged and desecrated, including by being used as stables for pigs and cows in total disrespect to all Muslims of the world. Even the graveyards were desecrated, destroyed, and looted.

The Patriotic War put an end to Armenia’s nearly 30-year-long policy of aggression. Azerbaijan ensured its territorial integrity, and the fundamental rights of nearly one million displaced Azerbaijanis were restored. Azerbaijan, alone ensured the implementation of the relevant UN Security Council resolutions of 1993.

I must mention that brotherly Pakistan from the first day of the former Karabakh conflict, as well as the during Patriotic War in 2020 morally and politically supported just position of Azerbaijan and it has been highly appreciated by the Government and people of Azerbaijan.

Right after the liberation, Azerbaijan started a massive reconstruction and restoration works in the liberated areas.

In 2021 and 2022, the Azerbaijani Government allocated nearly $3 billion to the large-scale reconstruction and restoration activities in the liberated lands. I would like to inform you that Fuzuli International Airport which was built just in 8 months is operational now. 2 more international airports namely Zangilan and Lachin are under construction and they will be also operational very soon.

First Azerbaijani IDPs have already returned to liberated Zangilan region’s Aghali village, which was rebuilt based on the “smart village” concept.

Shusha, the cultural capital of Azerbaijan has already become a venue for international events. “Pakistan Colors” group performed the “Bhangra” dance at the 5th “Kharibulbul” International Folklore Festival which was held in Shusha in May 2022.

Azerbaijan offered Armenia peace immediately after the war. This was perhaps one of a handful of examples in the military history of the world when lands remained under occupation for 30 years, people lived in suffering and deprivation, historical and religious monuments were destroyed, cities were razed to the ground, and more than a million mines planted, and yet Azerbaijan is offering peace. However, Armenia is not interested in peace. The Azerbaijani side proposes delimitation and demarcation but Armenia delays it. We have proposed 5 principles for signing a peace treaty with Armenia. In words, they accepted them, but we do not see it in practice. These all show again that Armenia is not interested in peace.

Armenian armed forces committed large-scale provocations in the Dashkasan, Kalbajar and Lachin directions of the Azerbaijani-Armenian state border on 13th September again. The sabotage groups of the Armenian armed forces using the mountainous terrain of the area and the existing ravine gaps mined the territories and supply roads between the positions of the Azerbaijan Army Units in different directions. But of course Glorious Azerbaijani Army responded and put the enemy back in place.

On September 13, we gave Martyrs again. May Allah rest the souls of all our Martyrs in peace.

I would like to extend my deep gratitude to our brotherly Pakistani media representatives for their support in highlighting the Azerbaijan realities among Pakistani public as well as the in the international arena.

Thank you very much for you attention!