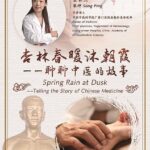 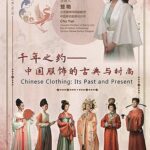 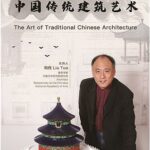 The first lecture, “Living Transmission” by Yuan Li, researcher at Chinese National Academy of Arts, provided a new window for Pakistani netizens to learn more about the profound Chinese culture.
In his lecture Yuan Li gives an in-depth introduction to the preservation, protection, inheritance and dissemination of intangible cultural heritage in China, especially the important role that the “living inheritance” method of intangible cultural heritage plays in the development of civilization.

There are twelve lectures in total which includes “Living Transmission” by Yuan Li, researcher at the Chinese National Academy of Arts, “Chinese language, characters and culture” by Professor Shi Dingguo, professor at Beijing Language and Culture University, “Gallantry in Tenderness: The Momentum and Spirit of Chinese Wushu” by professor Meng Tao, associate professor at Beijing Institute of Fashion Technology,“Appreciation of Peking Opera Art” by Zhang Jianguo, “Chinese Literature and the World – a brief history on the Mergence of Foreign and Chinese Literature” by Lu Jiande, eminent scholar and research fellow in the Institute of Literature at CASS.

Other lecture series include “Get to know China through a few iconic dishes” by Chen Xiaoqing, “Bronze Culture and Chinese Civilization” by Peng Lin a senior Professor at Tsinghua University, “Spring Rain at Dusk: Telling the Story of Chinese Medicine” by Doctor Song Ping from China Academy of Chinese Medical Sciences. “Chinese Clothing: Its Past and Present” by Chu Yan, an associate professor of Beijing Institute of Fashion Technology, “The Art of Traditional Chinese Architecture” by Liu Tuo, architect researcher at the Chinese National Academy of Arts.

“China’s Tourism Resources and Industry Development” by Jiang Yiyi, Director of the Leisure Sports and Tourism School, Beijing Sports University. “The Chinese way and the Belt and Road Initiative – a Civilizational State Perspective” by Zhang Weiwei, a famous scholar of China.

The lectures cover a wide range of cultural fields, including philosophy, cultural heritage, literature, art, costume, cuisine, sports, Chinese medicine, etc. This lecture series will introduce you to the Chinese culture seen from different aspects.
It is understood that the “Online Chinese Culture Talk” is a Chinese and foreign ideological and cultural exchange event organized by China Cultural Center in Pakistan, which brings together the best and the brightest, aiming to continuously strengthen the exchange, dialogue and mutual appreciation between China and other countries in the field of ideology and culture by organizing high-level cultural lectures and academic exchanges.

The lecture series were launched on 21 September and continue until mid of October 2022 which will also be promoted simultaneously on social media such as the China Cultural Center in Pakistan Facebook page, WeChat, Channels, and its Director’s Twitter handle.