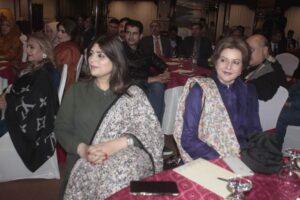 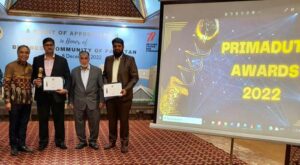 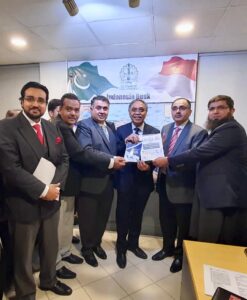 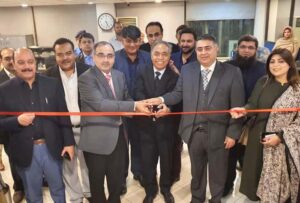 Lahore: The Ambassador of Indonesia Mr. Adam M. Tugio deeply appreciated the active support and cooperation of the business community of Pakistan and the Punjab government for promoting Indonesia-Pakistan bilateral trade ties. Addressing a large gathering of prominent businessmen at a reception hosted by the Embassy in Lahore, Ambassador Tugio paid warm compliments to all the friends of Indonesia for their assistance in keeping the high momentum of mutual collaboration intact for positive economic developments.

Ambassador Tugio said that year 2022 remained quite successful in maintaining productive interaction and particularly mentioned the establishment of Indonesian Desk at LCCI and ASEAN Trade Desk in ICCI and RCCI. “These initiatives would certainly help to boost commercial ties as the Desks would provide relevant information on trade and investment scenario of the growing ASEAN region, and Indonesia as trade hub, to the potential Pakistani business communities and investors”, he added.

The envoy also presented on behalf of the Government of Indonesia, the prestigious “Prima Duta award” and certificate of appreciation from the Indonesian government to the selected importers from Pakistan for their best performance in increasing trade with Indonesia. The winner of this award for best business performance from Pakistan in 2022 was Matto Sons represented by CEO Mr. Ali Tariq, who thanked the Indonesian government and the Embassy for support and encouragement. Prima Duta Award is a form of appreciation to foreign companies that have imported Indonesian products and recognition of their contributions in the commercial sectors of Indonesia.

Earlier, the Ambassador of Indonesia inaugurated the “Indonesian Desk” at the Lahore Chamber of Commerce & Industry. During the visit of LCCI, the Ambassador congratulated the new LCCI President Mr.Kashif Anwar and the executive committee on assuming the charge. He thanked the support and facilitation provided by the Chamber. The Indonesian Desk will serve as  gateway for trade and investment in Indonesia, especially for business community in Punjab Province by providing catalogue info on commercial expo on various industries and list of potential trading partners with the objective to increase and diversify mutual trade between Indonesia and Pakistan.