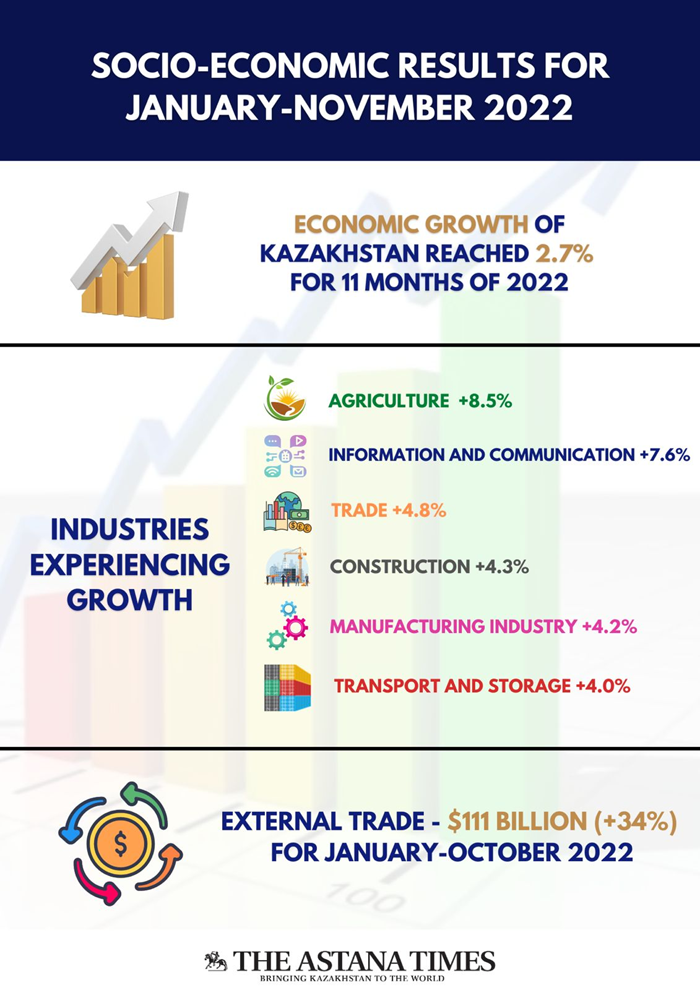 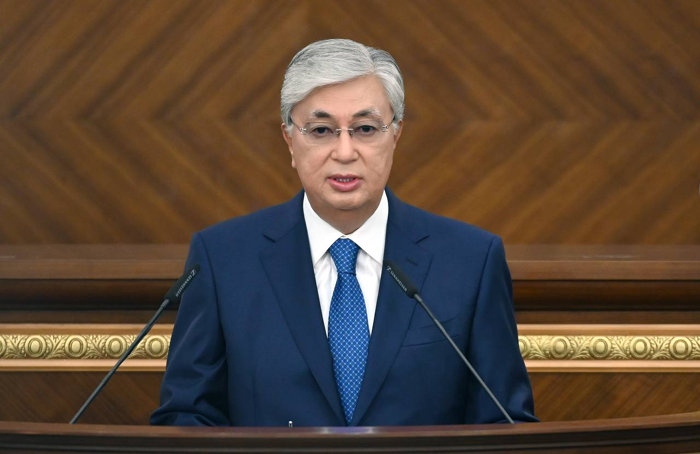 Kazakhstan being the biggest economy of Central Asia and Pakistan being the gate way of sustainable connectivity between Central Asia and South East Asia have decided to jointly work to achieve desired goals of socio-economic prosperity, industrialization, energy, agriculture, pharmaceutical, banking & finance, joint ventures and last but not least IT befitting cooperation.

Furthermore, both countries enjoy cordial relations based on mutual values and shared economic interests. Kazakhstan, being an important country among the Central Asian Republics, exercises considerable influence in the region. 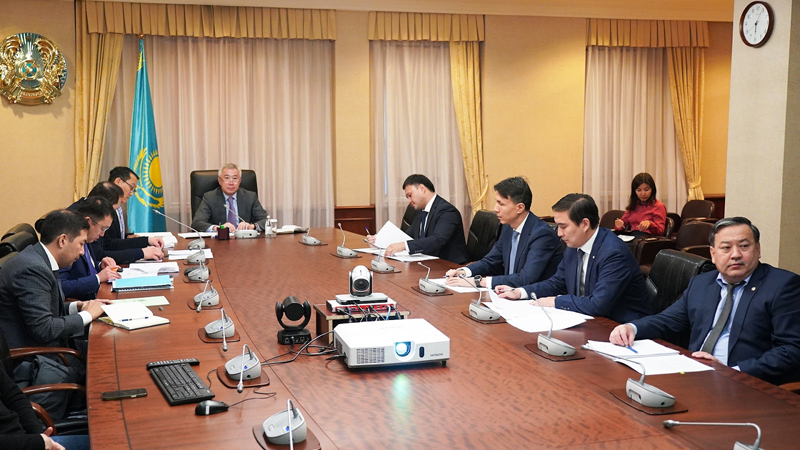 The meeting was held online, the participants discussed a wide range of bilateral cooperation in agriculture, gas and coal supplies from Kazakhstan to Pakistan, cooperation in the banking sector.  Also, the sides considered the nuances of the drafted intergovernmental agreements on transit trade, on cooperation and mutual administrative assistance in customs matters.

In Jan-July 2022, trade turnover of agricultural products and processed agricultural raw materials between Kazakhstan and Pakistan amounted to $ 12.6 million, which is 28.8% more than in 2021 ($ 9.8 million).

Federal Minister for Economic Affairs, Sardar Ayaz Sadiq highlighted the importance of developing a plan of action to improve trade with Kazakhstan. During his speech in the Pakistan-Kazakhstan Inter-Governmental Joint Commission (IJC), he shared that the trade volume between the two countries was recorded at just $163 million in 2022.” He urged both countries to explore unexplored potential by developing a plan of action to enhance trade activities and remove trade barriers.

He emphasized that holding of frequent joint business council meetings and facilitating businesses and introduction about mutually beneficial products can also play a vital role in promoting trade. 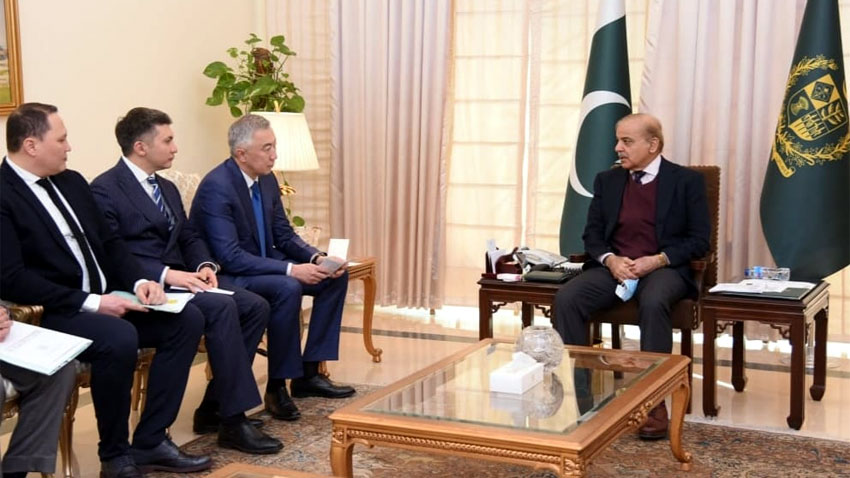 He also expressed hope for the early finalisation and signing of a transit trade agreement between the two sides to further enhance bilateral trade. “The business and investment situation in Pakistan has improved and will be further strengthened through the signing of various agreements with Kazakhstan,” he said.

He invited Kazakh investors to make investments in the tourism sector. Moreover, both countries should cooperate in agriculture research to enhance value addition, processing of products and joint ventures,” he said.

Furthermore, strong focus should be placed on higher education in addition to an exchange program for faculty and students, apart from the signing of different agreements between various universities.

The federal minister iterated that Pakistan attaches importance to a peaceful environment in the neighbourhood and invited Kazakhstan to be a part of China Pakistan Economic Corridor (CPEC) and take its benefit. 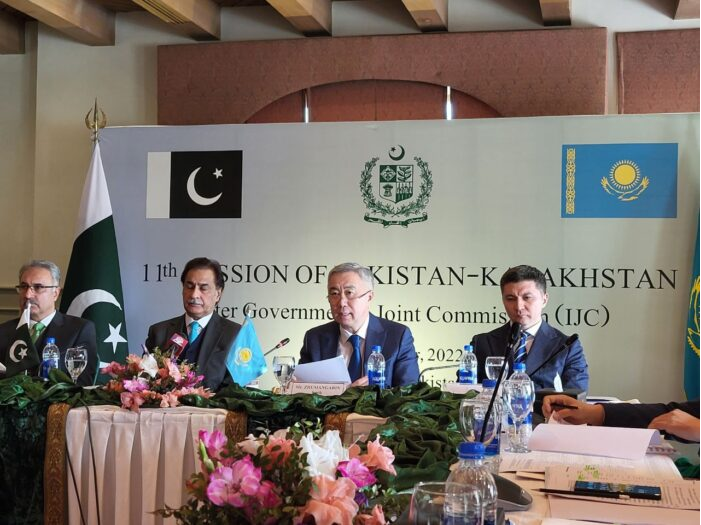 In addition to this, there was also a need to have connectivity through rail, road, and air besides cooperating in tapping the potential of natural resources and precious metals.

Most recently, as a result of a series of negotiations, an online meeting was held between representatives of The Bank of Punjab and Bank CentrCredit, during which the parties signed a Memorandum of understanding.

Hopefully, this memorandum would be the first step towards further development of cooperation in order to establish banking communication channels between Kazakhstan and Pakistan.

Interestingly, ambassador of Kazakhstan to Pakistan Yerzhan Kistafin said direct air links between Kazakhstan and Pakistan shall soon be resumed adding an MoU shall be signed in this regard in December and most likely the direct flights will start from February or March 2023. 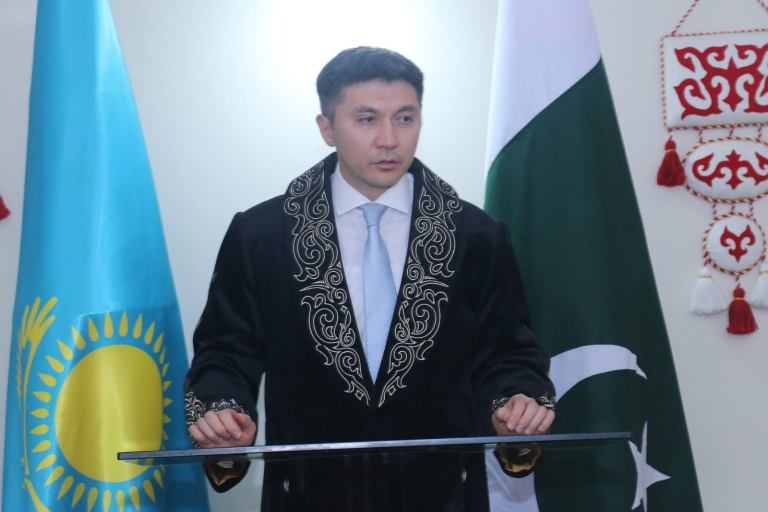 The ambassador further said the direct flights are scheduled to start from Lahore and Karachi to Almaty initially while in the due course flights from Islamabad to Almaty shall also start. He hoped that there will be enough load of passengers to make these air links sustainable

He also highlighted the importance of educational and cultural links between the two countries adding both countries need to further expand cooperation in this sphere. He said Pakistan’s most of the population consists of youth which is a great strength of this country.

In order to facilitate more and more people to people contacts, the ambassador assured that visa process for Pakistani brothers and sisters shall be made simpler.

Most recently, speaker and members of Kazakhstan visited Pakistan and hopefully this visit would not only serve as a tool in promoting the scope of cooperation between the two sides but also supplement the endeavours of the governments in broadening and deepening the bilateral ties in order to transform them; into necessary people-to-people contacts. 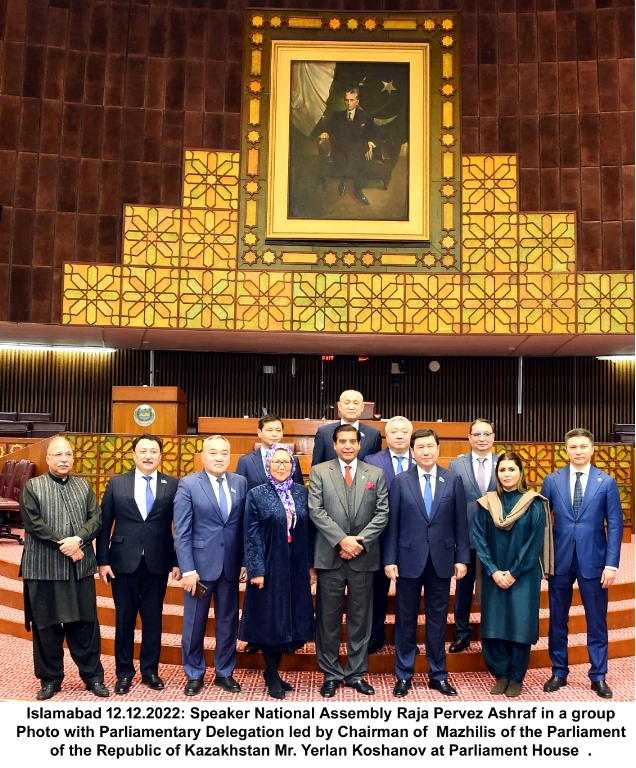 President Dr Arif Alvi stressed the need to boost trade with Kazakhstan and other Central Asian Republics (CARs) through Karachi and Gwadar was an important element of Pakistan’s ‘Vision Central Asia’ policy.

While talking to the Chairman of the Mazhilis (Lower House) of the Parliament of the Republic of Kazakhstan, Koshanov Yerlan Zhakanovich president Dr Arif Alivi pinpointed that both states have great potential in the fields of agriculture, IT, textile, energy, logistics, housing and construction. He further said that boosting trade with Kazakhstan and other Central Asian Republics (CARs) through Karachi and Gwadar was an important element of Pakistan’s ‘Vision Central Asia’ policy.

He mentioned that the Vision Central Asia policy focused on five elements including political and diplomatic, trade and investment, energy and connectivity, security and defence, and people-to-people contacts.

He said the existing level of trade of US$219.12 million in 2021-22 needed to be substantially increased keeping in view the immense potential that existed between the two countries by building new and improving existing linkages through roads and railway networks, and through the sea.

The president expressed the hope that with the establishment of complete peace in Afghanistan, trade and investment between Kazakhstan and Pakistan would receive much-needed impetus and hoped that the current leadership in Afghanistan would succeed in establishing sustainable peace.

He hoped that Pakistan and Kazakhstan Inter-Governmental Joint Commission (IJC) on trade, economic, scientific, technological and cultural cooperation scheduled to be held in Islamabad on December 22-23, 2022 would take tangible decisions to further improve and cement the bilateral brotherly and fraternal relations.

Chairman of Mazhilis of Parliament of the Republic of Kazakhstan briefed the President on the aims and objectives of the Kazakhstan Parliamentary delegation’s visit to Pakistan and said that during the stay, the delegation would meet with the Chairman Senate, Speaker of the National Assembly and other parliamentarians to discuss ways and means to further improve linkages between the two parliaments and substantially increase people-to-people contacts.

He further said that the delegation would identify avenues and areas to further improve bilateral trade and investment relations, identify common ground to forge meaningful partnerships in cultural and tourism sectors, would explore the possibility of joint ventures in various sectors of mutual interest and discuss matters and issues related to bilateral, regional and international importance.

Both countries have more than 40 MOUs in different fields which need to be reevaluated to achieve optimal levels of operationalization and channelization for the further strengthening of socio-economic cooperation. 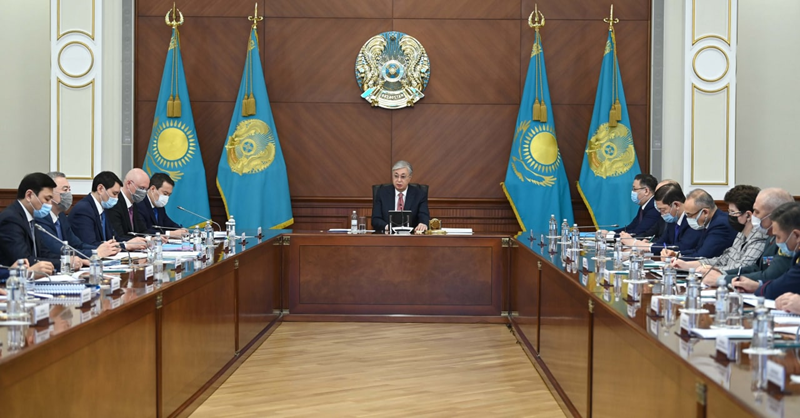 Most recently, the Kazakh Prime Minister Alikhan Smailov delivered a report on the country’s social and economic development in 2022 and the government’s action plan for 2023. According to Smailov, the economic growth rate reached 2.7 percent from January to November this year. Foreign trade turnover in January-October increased by 34 percent and reached $111 billion, with exports reaching 45 percent, including processed goods by 35 percent.

Interestingly, the Kazak government plans to attract at least $150 billion in foreign direct investment over the next seven years. Direct investments totaled $14.5 billion in the first half of this year, a 28 percent increase over the same period last year.

The president of Kazakhstan Kassym-Jomart Tokayev forwards a plan to parliament for a “Just and Fair Kazakhstan.” It aims to decentralize decision-making, strengthen rule of law, increase international competitiveness, and ensure equal opportunities for every citizen.

It also aims to fundamentally reshape our political order and leave behind the “super-presidential” system, which is no longer the most effective governance model for our nation’s ambitions.

The government of Kazakhstan is decentralizing and distributing power throughout the nation, strengthening the role of parliament and local authorities. It is ushering in a new era of pluralism by abolishing constraints on the registration and formation of political parties.

It seems that the government of Kazakhstan under Kassym-Jomart Tokayev is striving hard to institutionalize mechanism of fair distribution, national development, and economic diversification through greater openness and the decentralization of power. It is also seriously planning to achieve the dreams of greater regional connectivity, mitigation of looming threat of climate change, food security and energy security.