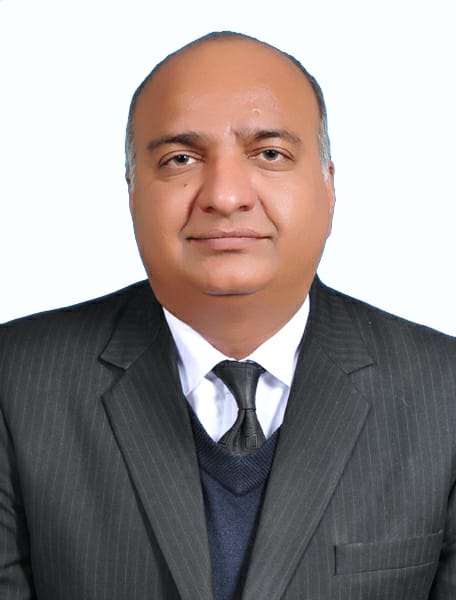 Pakistan and Azerbaijan have anexemplary bilateral relations. The strong defense, strategic and diplomatic ties entered a new phase when the delegation of media representatives from Pakistan was invited by Azerbaijan. The five days stay from 5th September to 9th September 2022, represented the Islamabad-Baku relations as strong and special by focusing on the victories against the illegal occupation of Armenia and changing the territorial status quo as well. Not only that, the infrastructural model of territories has been well designed by the Azerbaijan Government to which the development programs are in process.

On the first day of arrival of media representatives of Pakistan to Azerbaijan, 5th September 2022, acquainted themselves with the city of Baku. On 6th September, the official tour begins to the liberated cities of Karabakh. The district of Fuzuli holds the minefields which were planted by the the Armenian army during the 1990s in the evasion of the first Karabakh war. The second war which broke out on 27 September 2020 ended with the signing of a tripartite agreement between Armenia, Azerbaijan, and Russia. Soon after in 2021, many illegal minefields were discovered and planted by the Armenian army. The delegation of media representatives witnessed the area led by Azerbaijan’s Mine Action Agency (ANAMA) towards the mine-clearing activities throughout the district. They also had a meeting with ANAMA and a chance to view the neutralization of the landmines carried out along with the Fuzuli-Zangilan highway. Since 2020, the Ministry of Defence of Azerbaijan has reported clearing almost 55000 mines while Baku is convinced that the hidden maps by Armenia could help neutralize one million landmines planted in the territory of Azerbaijan and can take almost 10 to 13 years for the process of demining.

After the meeting with ANAMA, the delegation from Pakistan departed for Zangilan to visit the famous “Smart village” of Aghali. As Azerbaijan planned to build this village to improve the living standards of people for instance building ‘smart illumination’ of streets, warm and cold resistance houses, and installation of solar energy panels. During the occupation of Armenia, the land usually remained barren and no developments of any kind were planned. The Azerbaijan government has focused on providing the best life for the people, especially for those who have been kept deprived of such facilities in Karabakh territory. As labelled by the President of Azerbaijan Ilham Aliyev, “The great return” to attract the sparsely-populated region into the smart village which has focused on high internet speed facility, green economy, and digitalization of many aspects of life, the delegation witnessed all such speedy progress.

While departing for Shusha, the delegation took a view of Fuzuli International Airport. The significance of Azerbaijan’s seriousness towards the development of cities was depicted as this airport was built in just a mere period of 8 months. The massive infrastructure and organizational engineering of the Azerbaijani Government have attracted international media representatives’ worldwide and built an image of positivity towards the people of the Karabakh region. Post-Armenian captivity, the territory has seen greater influence on the developmental programs which are being appreciated by the world. The delegation then reached the beautiful city of Shusha.

On 7th September, the tour to Shusha begins. The city and Shusha castle were under the occupation of Armenia but in the 2020 war, the city of Shusha -the crown of Karabakh, was liberated by the brave Armed Forces of Azerbaijan. The Shusha castle which was built in 1752, remained close to the hearts of the Azerbaijani people as it depicts the cultural heritage of the people. Post the 2020 war, the President of Azerbaijan Ilham Aliyev declared Shusha the “Cultural Capital of Azerbaijan” due to its historical, cultural, and strategic importance. In 2021, President ordered the State Committee for Urban Planning and Architecture to design and plan the work for the reconstruction of Shusha city. The major development occurred when the Fortress Wall of Shusha was successfully reconstructed. The cradle of Azerbaijan’s music and poetry, Shusha, is seeing a massive reconstruction after the liberation from Armenian occupation.

After a tour of Shusha city, the delegation left for Ganja city. A city that saw maximum destruction during the war in 2020. The attack on the civilian population of Ganja by the Armenian forces and causing unnecessary damage and casualties soon after Azerbaijan liberatedKarabakh, showed the brutal side of Armenia. Ganja, the second largest city of Azerbaijan, faced the most number of missiles fired during the war. The delegation visited the places where rockets were fired on the civilian population. Instead of fighting the armed forces, the Armenian forces attack civilians killing children and elders as well. The strategy of Armenia to block Azerbaijan’s attack by killing the civilian population failed as the brave Azerbaijani Armed Forces liberatedKarabakh. The destruction of living apartments and casualties of civilians raises the issue of violating International humanitarian law. As a result of which 26 civilians were killed, including 6 children. 127 civilians, including 29 children, received bodily injuries of varying severity.

After a visit to Ganja city, the delegation of media representatives of Pakistan departed for Aghdam city. It remained a ghost town for 27 years under the occupation of Armenia. The city was in complete havoc and destroyed. UmidIsazada, staff of the Special Representative Office of the President of Azerbaijan in Aghdam, accompanied the media representative of Pakistan who said that the town was a paradise for the people of Azerbaijan but now it looks like ‘The Hiroshima of Caucasus’ left behind by the Armenian occupation. The reconstruction of the city has begun as part and nexus of the Government of Azerbaijan.

The havoc done by Armenia is strongly condemnable. During the three decades of occupation ofKarabakh, Armenia extremely failed to provide any facilities for people. Now, as Azerbaijan took its area back, the struggles to reconstruct for providing a better life have begun. The Azerbaijan Government’s initiatives appreciated by the world community attracted many media representatives across the world. To show the true side of a picture, Azerbaijan never hesitates to welcome anyone.

The delegation of Pakistan moved from Aghdam to Baku, witnessed along the shore of the Caspian Sea along with Baku, which is a main hub of oil for Azerbaijan. It holds great significance for the economy of Azerbaijan ranking 20 in the world for producing oil. It has the capacity for producing oil for 200 years which attracts the global market, especially in Europe. Thanks to its geographical location at the crossroads of several regional and global transport corridors Azerbaijan is an international transport hub.The routes between East and West, North and South are passing through Azerbaijan. The goods are being transported through the territory of Azerbaijan from China to Europe.

9th September 2022, the last day for the delegation of Pakistan, brought many prospects. The friendship between Azerbaijan and Pakistan,as flag of Pakistan are being waived along with Azerbaijani and Turkish flags in Azerbaijan, remained exemplary. The ties whether diplomatic or military have enhanced in recent years and all acts of political, economic, and cultural, Pakistan will support the brotherhoods with Azerbaijan. From being one of the first countries to recognize Azerbaijan to support the just position of Azerbaijan against the illegal occupation of Armenia, Pakistan has been clear in defining foreign policy with Azerbaijan. The visit of media representatives of Pakistan has remained successful as both states support each other in territorial disputes, geopolitical outlook, and bilateral relations which will have a long future ahead. Azerbaijan will remain Pakistan’s most persistent ally.