President of Uzbekistan: Our main goal is to ensure stability in society and the progressive development of our unique country

Home/Current Affairs, Diplomatic Affairs/President of Uzbekistan: Our main goal is to ensure stability in society and the progressive development of our unique country
Previous Next

President of Uzbekistan: Our main goal is to ensure stability in society and the progressive development of our unique country

On June 20, President of the Republic of Uzbekistan Shavkat Mirziyoyev held a meeting with members of the Constitutional Commission.

The Constitution of our country is a solid legal basis for all the successes achieved in the years of Independence. At the same time, life does not stand still, the worldview of our people is changing.

In recent years, citizens have expressed many opinions about improving the Constitution. In this regard, on May 20б 2022, the Kengashes of the Chambers of the Oliy Majlis created the Constitutional Commission. Over the past month, the Commission received 48,492 proposals from citizens.

At the meeting, the Head of State highly appreciated the activity of compatriots, their sense of belonging to the future of our country, and expressed his vision of constitutional reforms.

– The updated Constitution should create a solid legal basis and a reliable guarantee of long-term development strategies for our country, in general, its future prosperity and tomorrow’s prosperous life of our people. In a word, having deeply embedded in the content of our Constitution the idea “In the name of the honor and dignity of a person” and the approach “Man – Society – State”, which is the main principle of our current reforms, we need to turn them into the main value of our daily life. In other words, human dignity, honor and pride should henceforth come first in all areas, Shavkat Mirziyoyev said.

In his speech, the President focused on four priority areas and made proposals for each of them.

As the First Direction, a person, his life, freedom and dignity, inviolable rights and interests are indicated.

– The elevation of human dignity, in fact, should be a constitutional obligation and a priority task of public authorities. These principles must be clearly reflected in our updated Constitution, find their perfect legal solution, the President said.

Emphasizing that the right to life is an inalienable right of every person, it is proposed to introduce into the Constitution a provision that “the death penalty is prohibited in Uzbekistan”.

It was noted that it is necessary to clearly state in the Constitution that a person’s criminal record and the legal consequences arising from it cannot be a basis for restricting the rights of his relatives.

The issues of strengthening the constitutional foundations for the humane treatment of persons deprived of their liberty were also touched upon.

When considering cases of administrative, civil, economic, criminal liability and in other areas, the measures of legal influence applied to a person should be sufficient to achieve a legitimate goal and, if possible, not burdensome for a person, the head of state noted.

In the Second Direction, it is proposed to enshrine in the Constitution the idea of “Uzbekistan is a Social State”.

As you know, decent living conditions are created in a welfare state for everyone, no one is left without attention, alone with their problems. Therefore, it is proposed to reflect in the Basic Law the obligations of the state to provide the population with housing, strengthen the economic and spiritual foundations of the family, create all conditions for ensuring the interests and full development of children, support people with disabilities, and protect human health and the environment.

“In a word, the care of the state for men and women, families and children, youth and the elderly, persons with disabilities, all people, whether in the country or abroad, should be enshrined in the Constitution,” Shavkat Mirziyoyev said.

The Third Direction is to clearly define in the Constitution the status of the mahalla and the duties of state bodies in the process of interaction with it. At the same time, it was proposed to reflect the principle that the mahalla is not part of the system of state authorities, can independently resolve issues of local importance on the ground, and receive support from the state for these purposes.

The Fourth Direction is the improvement of public administration, the strengthening of democracy.

– We are aimed at building a democratic state that lives by the concerns of the people. This means that the state, its bodies and officials work for the people, serve them. People’s control over state power will be established. I propose to introduce into the Constitution norms that ensure openness, transparency and accountability in the activities of state bodies, as well as the compactness and efficiency of these bodies, the President said.

It was emphasized that the time has come to exclude from the Constitution the provision that Khokims simultaneously head the councils of people’s deputies.

The head of state proposed introducing the institution of making legislative proposals into the Constitution. Thanks to this rule, the people will have the right to initiate laws. According to this provision, a group of at least 100,000 citizens will be able to submit their legislative proposals to the Legislative Chamber of the Oliy Majlis.

The necessity of expanding the powers of the Government and defining in the Constitution the responsibility of the Cabinet of Ministers and Khokimiyats on environmental issues, youth, family support, social protection of persons with disabilities, development of public transport, creation of conditions for recreation of the population, support of civil society institutions was also emphasized.

The importance of updating and improving the conceptual and legal framework of Uzbekistan’s foreign policy is also indicated, taking into account the fundamental changes taking place in the world.

Deputies of the Legislative Chamber will subsequently submit the proposals summarized by the Constitutional Commission as a legislative initiative to the lower house of parliament. They will be discussed in detail in Parliament, which will prepare a draft of the updated Constitution. According to the current legislation, the Parliament has the power to independently amend the Constitution. However, the President proposed to consider the draft Constitution at a nationwide discussion and adopt it by referendum.

– If we carry out a constitutional reform based on the opinions and support of our citizens, through a referendum, this will be a real expression of the will of our people – a truly people’s Constitution, – said the head of state.

In this regard, the President called on compatriots to take a more active part in the process of constitutional reform.

– Our main goal is to ensure stability in society and the progressive development of our unique country! I call on all our people to unity and solidarity in achieving this great goal, said Shavkat Mirziyoyev.

The meeting continued in the format of an open exchange of views. The members of the Constitutional Commission who spoke expressed their opinion on the proposals of the population and the need for reforms. 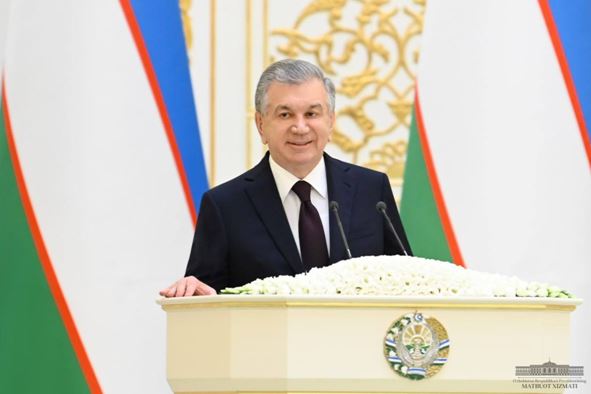 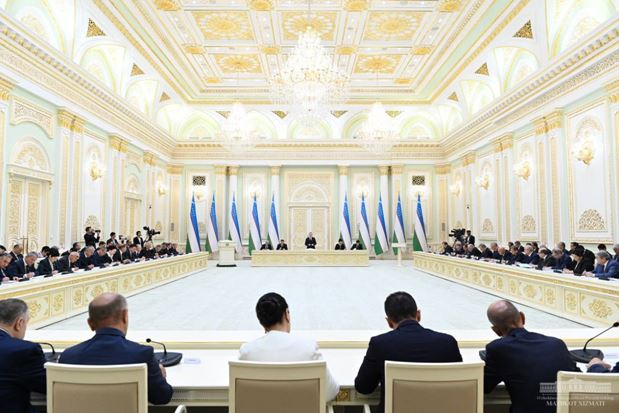