The Most Precious Heritage of President Kim Il Sung

The Most Precious Heritage of President Kim Il Sung

The Juche idea, the guiding ideology of socialist Korea and the cause of global independence, is exerting a great influence on the developing era and the shaping of the destiny of human beings beyond the limits of time and space.

This ideological and practical wealth can be called the most precious heritage Kim Il Sung (1912-1994), eternal president of the Democratic People’s Republic of Korea, bequeathed to the Korean people and the progressive peoples of the world.

The Juche idea, on the basis of a scientific elucidation that man is the master of the world and plays the decisive role in transforming the world, shows the way for the masses of the people, the motive force of history, to shape their own destiny by their own efforts.

President Kim Il Sung authored the Juche idea in the course of the practical struggle of leading the Korean revolution, not in the course of a sheer academic research for creating an ideological and theoretical system.

In the middle of the 1920s when Korea was under the Japanese military occupation (1905-1945), Kim Il Sung, who embarked on the road of the revolutionary struggle for his country and fellow people in his teens, authored the Juche idea in the course of groping for the road of the Korean revolution. And he fully applied this idea to the Korean revolution in a thoroughgoing way in the protracted course of the revolution. Under the banner of the Juche idea the Korean people emerged as masters of an independent country from colonial slavery and have built a socialist state that is independent in politics, self-supporting in the economy and self-reliant in national defence.

The Juche idea’s essential component is the theory and leadership method that the masses should uphold in the revolutionary struggle and construction work to carve out their own destiny.

Up to now, President Kim Il Sung’s works, the library of the Juche idea, have been translated into over 60 languages and disseminated in over one hundred countries of the world. And studying this idea has become a trend of the present era.

A number of prominent figures of the capitalist countries, fascinated by the encyclopedic thoughts contained in his works, have become ardent advocates of the Juche idea.

Shuhachi Inoue, former director general of the International Institute of the Juche Idea

and winner of the International Kim Il Sung Prize, devoted his all to giving publicity to the Juche idea and the reality of the DPRK.

When some people criticized that he was only studying the DPRK, not Japan, he said: Those people are not anxious about Japan and its destiny. Why do they think that the Juche idea is confined to the DPRK? The Juche idea is an idea that everybody, without exception, should learn and an ideology of mankind and of the world though it was

authored in the DPRK.

It is the view of the advocates of the Juche idea that the idea is an encyclopedic ideology, applicable to all ages with an eternal life.

Most of the ideologies that emerged in the history of human thoughts lost their vitality and disappeared as the time went by.

However, the Juche idea, for its universal truthfulness and completeness, is enjoying increasing support and sympathy from the progressive peoples of the world.

In the summer of 1985, a book, titled Dictionary of Philosophical Criticism, was published in France. This book analyses and estimates the ideologies prevalent in several countries of the world in accordance with the writers’ opinions. However, only the entry related with the Juche idea does contain nothing that criticizes this ideology.

Actually, the world has long sympathized with the Juche idea.

On the Day of the Sun (April 15) in 2012, greeting the centenary of the birth of President Kim Il Sung, the World Congress on the Juche Idea was held in Pyongyang, the capital of the Democratic People’s Republic of Korea, the homeland of the Juche idea.

The Juche idea is recognized as the most influential ideology of the present times. Groups for the study of the Juche idea are conducting their activities more proactively under a well-knit system, ranging from national groups to continental organizations, centered on the International Institute of the Juche Idea, and the number of advocates of the idea is increasing as the days go by.

A prominent figure of scientific and cultural circles of Europe said: If someone asks me what I would defend in the treasure house of human civilization, I will answer without hesitation that I choose nothing but the Juche idea.

The Juche idea, the most precious heritage of President Kim Il Sung, will shine for ever along with the victorious advance of the cause of global independence. 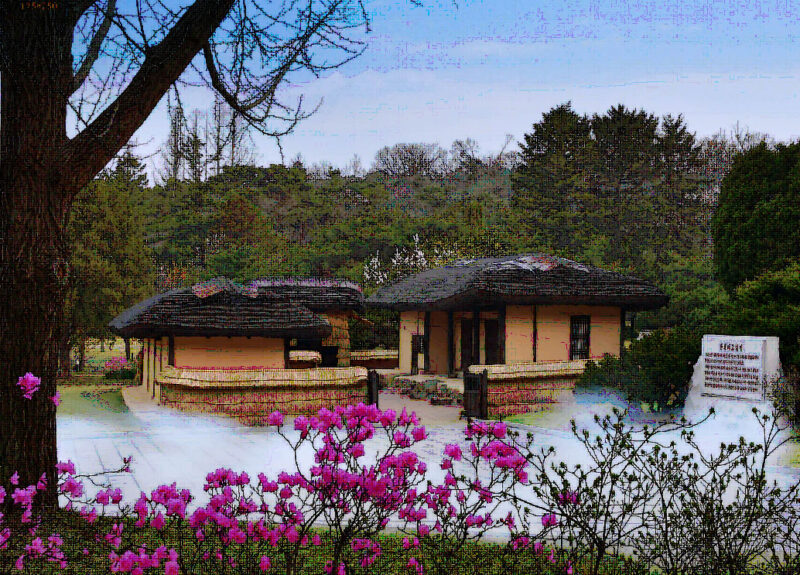 There is a humble house at the foot of Mangyong Hill which has been famous for its beautiful scenery from olden times. It is the native home of President   Kim Il Sung, whom the New York Times highly praised as the hero of the heroes of the 20th century.