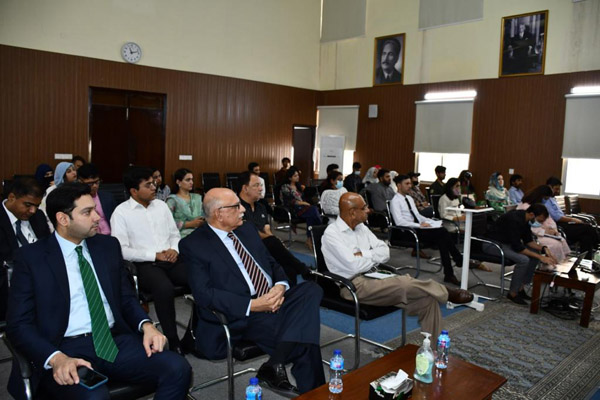 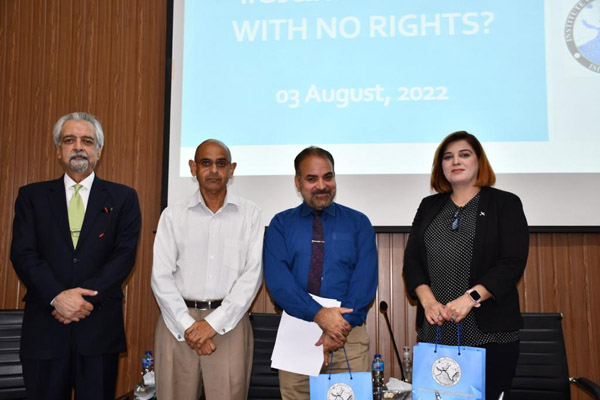 Indian aggression in the IIOJ&K had crossed all limits under the hardliner Modi regime and was unacceptable under all circumstance, said Ambassador Najm us Saqib. He was addressing a discussion titled “IIOJ&K: A Valley with No Rights” organised by the Institute of Regional Studies here on Wednesday. The event featured members from the academia and former bureaucrats.

Ambassador Najm us Saqib said that though India had gone to way too far in its quest to exercise its power, it did not mean that the occupied valley was under the Indian jurisdiction. He said that Pakistan’s support for the Kashmir cause had intensified, especially following the systematic assault on the rights of Kashmiris in the lieu of India’s 5th August misadventure.

Dr Waleed Rasool, faculty at International Islamic University (IIUI) said that that most concerning aspect of Indian aggression was its attempts to alter the demography of the troubled valley. He added that India hada history of in a systemic and linear module of demographic shift in order to illegally annex states in Indian union.  Kashmir, he said was a legitimate movement. He said that the Kashmiris had displayed impeccable resilience in the face of atrocities unleashed by the Indian forces, however, they were now seemingly on the brink of collapsing and so it was imperative to Pakistan to take measures, both soft and hard, and progress towards the resolution of this seven decades old outstanding issue.

Ms Arooj Raza emphasisedthe power of narrative building and said that India worked on its news and entertainment media to generate narratives that legitimizedallits illegal activities in Kashmir. She was of the opinion that Pakistan was not ustilising its media optimally to bring the truth out to the world. The dilemma, she said, was that raising voice for Kashmir led to blocking of content and social media accounts which meant silencing of voices. Ms Raza said that it was the collective responsibility of every Pakistani working in the academia, media, public and private institutions to generate discourses and well-grounded narratives on Kashmir.