Travel for Indonesia to be eased: Envoy

Home/Current Affairs, Diplomatic Affairs/Travel for Indonesia to be eased: Envoy
Previous Next

Travel for Indonesia to be eased: Envoy 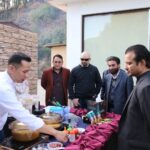 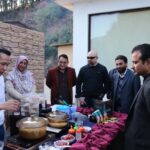 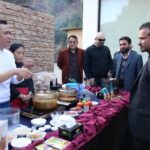 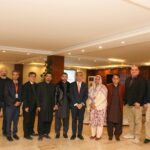 Haripur:  Indonesia is now open for international visitors and normal visa issuing process for different purposes has been resumed. This was informed by the Ambassador of Indonesia Mr. Adam M. Tugio while addressing a gathering of visa drop box travel agents in Haripur organized by the Indonesian Embassy to brief on the post pandemic new visa regulations. He said that the visa process now will take three working days upon the submission of application with complete docs. In addition, the government has also been developing five new superior tourism destinations other than Bali to welcome international visitors for enjoying the multicultural beauty of the world’s biggest Archipelago, said the Envoy.
Responding to the possibility of starting direct flight from Pakistan to Indonesia to facilitate the increasing number of visitors, Ambassador Tugio informed the participants that the Embassy has been striving to meet this objective by approaching the national flag carrier of Indonesia and private airlines and hoped that direct flights would soon to be materialized. “Initially, it was decided to start direct flights three times a week in 2020, but the pandemic forced the private airlines to reschedule it altogether”, the envoy added.
Talking about the tourism promotion, he said that the Embassy will resume ‘Familiarization Trip’ programs for journalists, Dropbox travel agents, bloggers and content developers to explore the unique cultural beauty of Indonesia.
On this occasion, a short video on the upcoming book of the Embassy ”Indonesia Spice’s Up Pakistan: Winning the Hearts and Minds Through Food and Flavors” was also shown. “We hope that this book on spices would pique the interest of travelers, tourists, food lovers and entrepreneurs as well as inspire the Pakistani friends to discover more innovative ways to further strengthen cultural connections with Indonesia”, Ambassador Tugio remarked.
A live cooking demo on the famous Indonesian cuisine known as “bakso” or meat ball and noodle soup was also organised by the Embassy featuring Chef Bima Putra. The cooking demo was thoroughly enjoyed by the guests.