Turkiye support for the flood affected to continue: AFAD

Turkiye support for the flood affected to continue: AFAD 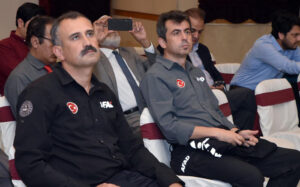 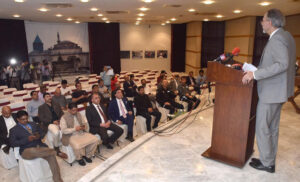 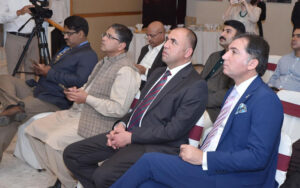 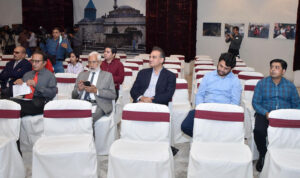 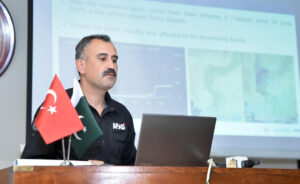 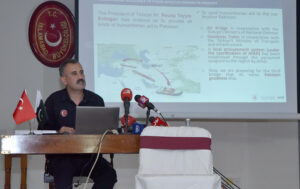 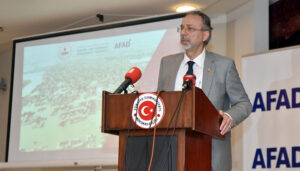 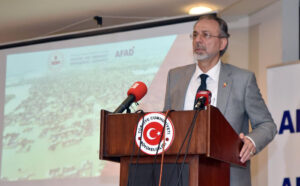 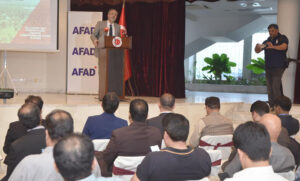 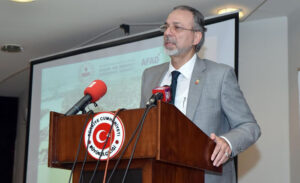 ISLAMABAD, OCT 19 /DNA/ – Ambassador of Turkey Mehmet Pecaci has said there exists a strong bond between the people of Turkiye and Pakistan adding all the humanitarian assistance has been directed to Pakistan on behalf of the people of Turkiye. His country stands shoulder to shoulder with the brothers and sisters of Pakistan at this critical juncture.

Ambassador Pecaci made these remarks while addressing a press conference, at the Turkiye embassy on Wednesday. The Vice President of AFAD also spoke to the media persons and highlighted the efforts of his organization.

The vice president said, more than 30 million-people have been adversely affected, more than a thousand people have lost their lives, hundreds of thousands of houses have been destroyed, and thousands of animals have perished in the floods disaster caused due to the monsoon rains that have been effective in Pakistan since 14 June. It has been reported by Pakistani authorities that approximately 35 billion dollars of financial damage occurred due to the flood disaster.

in addition to these aid bridges, AFAD Presidency personnel took charge as of August in order to coordinate the works in Pakistan and to ensure the process of receiving humanitarian aid from the local.

He said, as of 19.10.2022, a total of 15 planes carrying aid, 13 Goodness Train Expeditions and Local Supply to the region. The first humanitarian aid plane reached Pakistan on 28 August 2022 after the flood disaster was sent from Turkey. A total of about 227 tons of humanitarian aid (mostly medical products) materials have been transported on 15 planes shipped from Turkey so far.

He said, under the coordination of our AFAD Presidency, together with our 22 NGOs, a total of 334 wagons on 13 goodness trains, consisting of tents and humanitarian aid materials, and which started on 30 August 2022; 7.222 tons of aid materials (408.847 food and hygiene packages) were sent to Pakistan.

Aid materials are delivered to the logistics warehouse in Quetta, the capital of Pakistan’s Balochistan Region, and then to the disaster-affected areas by trucks under the coordination of NDMA (Pakistan National Disaster Management Authority).

He said over 51.380 food packages were distributed to the disaster victims and distribution continues in the designated disaster areas. In total, 35.152 tents were set up and dispatched in 44 different regions under the coordination of AFAD Presidency. In these areas approximately 251 thousand people live.

He further said, a total of 77 personnel (19 AFAD personnel, 3 Health teams and 53 NGO representatives, 2 Academicians) have worked in Pakistan so far to coordinate the distribution of aid materials sent to the region by our Presidency and to assist in the establishment of tent cities.=DNA