Turkmenistan on a way towards Sustainable Development Goals; Humanitarian Response to Pakistan

Turkmenistan on a way towards Sustainable Development Goals; Humanitarian Response to Pakistan 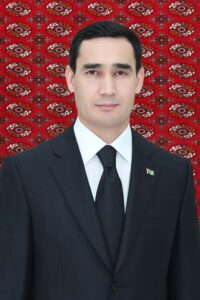 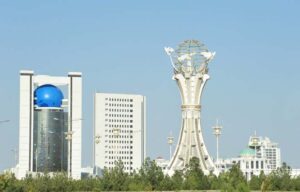 Turkmenistan is an emerging country in central Asia with a distinct policy of neutrality and an abundance of natural resources. It provides gas and electricity to all citizens ensuring no one is left behind to access energy as a fundamental source of livelihood strongly following the international commitments of the Sustainable Development Goals defined by the United Nations.

Turkmenistan is committed to meeting international commitments ranging from gender equality to climate change and is targeted to achieving Sustainable Development Goals by 2030. The government of Turkmenistan is always at the forefront of helping humanity who is suffering from disasters. Humanitarian relief to Afghan people in times of crisis and giving relief support to the flood-affected people in Pakistan are the contributions that reflect Turkmenistan’s global outreach in humanitarian missions.

Following the centuries-old traditions of friendship and good neighborliness of the Turkmen people, the President of Turkmenistan initiated the donation of relief goods to the flood-affected People of Pakistan. In September 2022, a special cargo flight reached Karachi, and delivered Turkmenistan’s humanitarian aid in the amount of 40 tons of relief goods, including textile items, clothing, blankets, food products, clean drinking water, medicines, medical supplies, and other items. This humanitarian cargo flight became another confirmation of the friendly and brotherly relations between two nations.

Bilateral relations between Turkmenistan and Pakistan are based on the mutual understanding which prospects for greatpolitical-economic relations, especially in energy cooperation. Turkmenistan became a sovereign state in 1991, and celebrates its independence day on September 27. Subsequently, diplomatic relations were established between the two countries in May 1992. In 2001, Pakistan issued special postal stamps, devoted to the 10th anniversary of Independence the brotherly country Turkmenistan. Moreover, both countries share the same or similar views on regional and international issues and coordinate within international and regional mechanisms like UN, NAM, ECO, OIC and G-77.

Conversely, the first Turkmenistan President SaparmuratNiyazov made several visits to Pakistan beginning from 1995. The second President of Turkmenistan GurbangulyBerdimuhamedov visited Pakistan in 2011, 2016 and 2017.

The Turkmenistan-Afghanistan-Pakistan-India (TAPI) gas pipeline is the center point of most of the recent Pakistan and Turkmenistan engagements. Both sides are interested in speeding the implementation of the project. Upon completion, the natural gas will be supplied from the second in the world gas field of Galkynysh of Turkmenistan to the energy-stressed countries i-e Afghanistan, Pakistan and India. Furthermore, TAPI is a marvelous instance of regional cooperation, peace, and harmony.

Pakistan and Turkmenistan inked scores of Inter-governmental MoUs and accords to improve partnership and collaboration in the field of energy, agriculture, trade, livestock, technology, education, science, health, tourism, and sports.

There are myriads of cultural, religious and economic ties between the two brotherly countries that link them closely with each other. Pakistan and Turkmenistan share a common religion and have many commonalities between the cultures. TAPI will revolutionize the economics of the regional countries. If Europeans can connect the entire continent by rail, roads, and air routes, why not we Asians, can connect South Asia, or South and Central Asia or entire Asia through rail, roads and air routes to eradicate poverty and bring prosperity, harmony and peace to the continent. China-Pakistan-Economic-Corridor (CPEC) is a great opportunity for the Central Asian countries and Russia to get access to Pakistani warm water ports and connect with the wider world.

Moreover, theEmbassy of Turkmenistan in Pakistan following Turkmenistan’s Foreign Policy of Positive Neutrality is actively cooperating with intergovernmental organizations for supporting peace and economic development in the global south in close collaboration with the Commission on Science and Technology for Sustainable Development in the South (COMSATS). On the UN International Year of peace 2021, the Turkmenistan Embassy in Pakistan and COMSATS have jointly organized a seminar titled “2021 as the International Year of Peace and Trust” where the Ambassador of Turkmenistan H.E Mr. AtadjanMovlamov said that Pakistan is our brotherly country and we attach great importance to enhancing cooperation with Pakistan. Along with natural gas Turkmenistan can provide a big volume of electricity to Pakistan at rates, competitive to what presently are in Pakistan. Turkmenistan is actively engaged with Afghanistan to lay down the pipelines for gas and transmission lines for electricity meant to reach Pakistan. Turkmen-Afghan relations are a vivid example of how a neutral country can actively contribute to stability and development in the region. Taliban has assured safety of our infrastructure for TAPI.

Turkmenistan earlier, in 1995, adopted a Neutrality policy and celebrated its silver jubilee in 2020. The policy of Neutrality from all blocks, political or military, helped Turkmenistan and central Asian republics to build up peaceful cooperation on the way to achieve progress and prosperity for their nations after independence from the USSR.

Since 1995 Turkmen people have been celebrating December 12 as Turkmenistan’s Neutrality Day and in respect to it and to highlight the importance of Neutrality in the globe, United Nations passed a resolution in 2017 in which December 12 was declared as International Neutrality Day.

H.E Mr. AtadjanMovlamov said that the Year of Peace and Trust means to mobilize international efforts to promote peace and trust among nations on the basis of political dialogue, mutual understanding and cooperation in order to build sustainable peace, solidarity and harmony.

Peace and trust are the things the people and countries need most of all at present time and serve as the main condition of cooperation and development. Security and prosperity of all nations, development and humanity, spirituality and friendship, all of these were absorbed by the ideas of Turkmen leaders.

In the recent flood devastation, Turkmenistan extended fullest humanitarian support to the relief activities which shows its generosity and good neighborhood.

Humanitarian diplomacy is one of the important components of Turkmenistan’s Positive Neutrality Policy and is aimed at strengthening peace, people contacts, and persuading decision makers and opinion leaders to act, at all times, in the interests of vulnerable people, and with full respect for fundamental humanitarian principles. 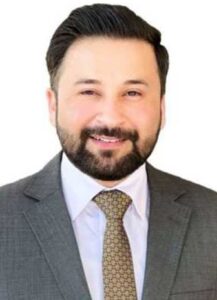 Engr. Qaiser Nawab is a Global Peace and Climate Activist working as Assistant Director (Programmes) at Commission on Science and Technology for Sustainable Development in the South (COMSATS), Pakistani Youth Leader, UN SDGs Advocate, Freelance Journalist and an expert on Central Asia.